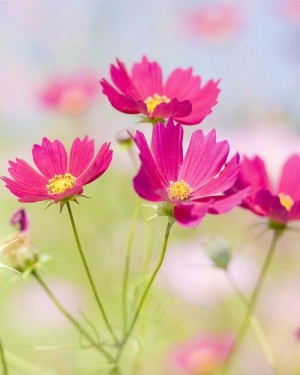 Lela Pearl Beck passed away on Thursday, December 19, 2019, in Yuma, Arizona. She was born to Mirl F. and Mildred A. Beck on February 5, 1929 in Three Sands, Oklahoma. A 73-year resident of the Spokane area, Lela was retired from the State of Washington. Even though she was a working woman, she was an extraordinary homemaker who canned and froze food for her family. She was very skilled in knitting and crocheting and even made clothes for her children during their younger years. Lela was truly the “Belle of the Ball” and was fondly known by her family as “Sis”. Lela is survived by her daughters, Carol M. Larsen (Terry) of Surprise, AZ and A. Rusty Beck of Spokane Valley, WA; son, Christopher J. Beck of Kennewick, WA; brother, Curtis R. Beck (Mary) of Spokane Valley, WA; grandchildren, Connie Larkin (Chris), Terry Larsen, Jr. (Lonnie), and Matthew Larsen; eight great grandchildren; one great-great grandson; and numerous nieces and nephews. She was preceded in death by her parents, Mirl and Mildred A. Beck; brothers, Leslie B. Beck, Mirl F. Beck, and Jack L. Beck; husband, James Beck; grandson, Christopher A. Beck; and great granddaughter, Asaleeah Beck. A funeral service will be held at 11:00 a.m. on Saturday, January 4, 2019, at Hennessey Valley Funeral Home, 1315 N Pines Rd, Spokane Valley. Immediately following the funeral, Lela will be laid to rest at Holy Cross Cemetery, Spokane. Please share your memories of Lela in her guestbook at www.HennesseyValley.com.