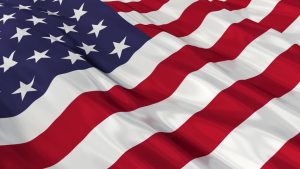 Paul Watson- Beloved father, husband, and friend- died Friday, September 21, 2019 at the age of 84. He spent his final days surrounded by his family and in the hearts of those who cherished him. He was born in Oxford, Arkansas on November 29, 1934 to William H. Watson and Lettie Lucile Franks. He began working at a young age picking cotton and peanuts and in orchards in Wenatchee to help provide food and clothing for his family. Due to circumstances beyond his control, he spent many years in foster care. He graduated from Wenatchee High School and spent his Army days in tanks. After his time in the service, he met the love of his life in Wenatchee, Washington and married her in Coeur d’Alene, Idaho at the Hitching Post; they raised their children in Kent, Washington. In the years after his retirement from a Seattle Glass factory, Paul and Marta relocated to Spokane, WA to enjoy life closer to their beloved grandchildren. Paul made great sacrifices to put his family first throughout his life. His wife, children, grandchildren - who survive him - were his everything. He is also survived by a brother, a sister, nieces, nephews, cousins, and friends. Paul was a very special man - a “tall” man who gave his all to family, friends, and country. He will be missed.

You are invited to share your memories of Paul in his guestbook.

To send flowers to the family or plant a tree in memory of Paul Watson, please visit our floral store.