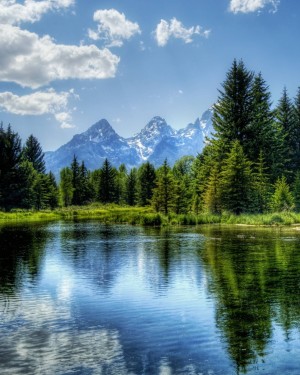 William “Bill” Daniel Torgersen (Torgie) passed away peacefully on March 29, 2021, at his home in Liberty Lakes, Washington, surrounded by his loving family.  He left this earth and traveled into heaven with the smile that we all love and remember.

Bill was born in St. Paul, Minnesota on March 27, 1940 to Marie and George Torgersen. He was raised in Minnesota and graduated with a degree in Forestry from the University of Minnesota.  Having a love for the land and forest, Bill commenced his career with the Bureau of Land Management shortly after graduating from college.  Bill enjoyed working in the woods, walking surveys, and fighting forest fires in the summer time for the BLM. His career led him to Bend, Oregon where he met his first wife, Liz Cady.   They were blessed with three sons—Gregory, Roger, and Michael.  His career evidently led him to Butte, Montana, where he met and married Patricia Greenlief-Holmes in 1982.  Patricia brought four more amazing children to the family, Carrie, Shannon, Shawn, and Julie.  Blending two families together was a whole new adventure for Bill and Pat.  This wonderful adventure lasted just short of 40 years together.

After many years in Butte, Bill accepted a position with the Department of Interior in Washington, DC, where the couple resided in Virginia. They loved their years in Virginia, touring the Nation’s Capital and meeting more amazing friends in Max and Inga, along with Rudy and Charmaine.  Bill’s last career move was a transfer to Oregon, where he retired after 39 years with the BLM.  Bill met many wonderful friends throughout his career with the BLM, with whom he remained friends throughout his lifetime.  In Oregon, Bill was reunited with an old time BLM buddy, Harold Belisle.  Bill and Harold spent many weekends fishing on the Willamette and Columbia Rivers.  They also were fortunate to have the best neighbors  for over 20 years, Brian and Gloria Vandehey.   After several years of retirement in Oregon, Bill and Patricia relocated to Liberty Lakes, Washington, where they were welcomed into the wonderful Trutina community.

Bill’s passions were fishing, hunting, skiing, and spending time with his family.  The first family ski days were to the local Wise River hill “Deep Creek”, where Bill was on the ski patrol, and later the annual family trips to Big Sky.  These trips were the highlights of his life.  Bill cherished teaching his kids and grandkids to ski and he loved a fresh powder day.  He looked forward to his annual hunting trip to Lewistown, MT with his life-long friends, John and George, and his sons, and grandsons.  He was very appreciative of the hospitality he received from John and Marge Nesselhuf and would plan this trip for months.  An old-fashioned sportsman, he loved and cared for the land and taught the same to his children, and later, his grandchildren.

Bill was a talented musician and painter. His artwork is scattered throughout his family’s homes and will forever be cherished.  Bill was also a very gifted musician, poet, and song writer.  There was never a hunting trip, Big Sky trip, or family reunion that didn’t end the evening with Grandpa near the campfire or fireplace with his guitar, ending the night with the grandchildren’s favorite, “Alice”, “play it again, Grandpa, play it again!”

We are so blessed to have had such a kind, gentle man in our lives. He will have a lasting impact on each and every one us forever and we will cherish the moments we had with Bill.  May we all love one another and life as much as Bill.

To send flowers to the family or plant a tree in memory of William Daniel Torgersen, please visit our floral store.

Video is available for this event